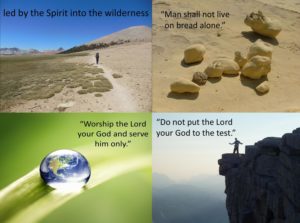 Was Jesus really tempted? Could He have yielded to these temptations? Or was He just “going through the motions” as an example for us? Could temptation have been the same for the Son of God as it is for us today?

First, we must accept at face value the statement of Hebrews 4:15 that Jesus was tempted “in all things as we are.” It would rob that statement of significant meaning to think that sinning was outside the realm of possibility for Jesus. Our temptations involve the very real possibility of sinning; if His temptations were truly “like ours,” they must have included that same possibility. Second, to deny the possibility of yielding to temptation in Jesus’ case would have serious implications for the reality of His humanity. Remember that He was the “Son of man” as well as the “Son of God.” We must never exalt His divinity at the expense of His humanity. Third, we must recognize that Jesus’ temptations were, in fact, even more difficult than are ours because He resisted completely.

We never know the full strength of any temptation until we have resisted fully. The one who gives in to a temptation may complain that “it was just too strong.” But only the one who did not give in knows just how strong it truly was! Jesus teaches us by example the possibility of successful resistance to temptation.

To read the rest of Mike’s message about Jesus’ temptations and the way he overcame them, click here.